‘Britain’s Got Talent’ always delivers amazing entertainment and interesting reactions from the judges and the audience. In this clip, two Welsh brothers duet on ‘The Impossible Dream’ and bring down the house!

The brothers are listed as ‘Sandwich Makers’ and are just 22 and 19-years-old. Their operatic tone commands the stage as the oldest brother sings most of the verses. In contrast, his younger brother joins in to provide exciting harmony moments.

The brothers were singing for the theater crowd, but they also sang for their beloved ‘Nan.’ She watched with the hosts from the side of the stage. As the song built in intensity, ‘Nan’ grabbed at her hair with both hands, yelling in excitement.

The singing duo brought the house down with their delivery and poise. The audience jumped out of their seats on the final chorus. This rousing response led to an encore from the brothers, who sang a final chorus with the audience entirely on their feet.

“The Impossible Dream (The Quest)’ was composed by Mitch Leigh and Joe Darion for the 1965 Broadway musical ‘Man of La Mancha.’ The lead character Don Quixote sings powerful lyrics about the purpose of one’s quest.

Their ‘Nan’ is left in tears, and the judges are in awe of the talented sandwich makers turned superstars. A powerful song by a duo with a blend that only family can achieve!

‘Britain’s Got Talent’ has grown in popularity even in the United States of America over the years. This entertaining show continues to deliver surprising talents from all walks of life. 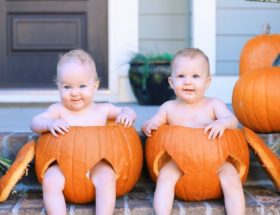