Skip to Content
Home Interesting The teen competitor used his voice to channel Freddie Mercury in an unbelievable rendition of Queen’s “Somebody to Love.”

“America’s Got Talent” found us a new Season 16 contestant to love Tuesday with the introduction of Dylan Zangwill, a 14-year-old boy who has an impressive set of pipes. The teen competitor used his voice to channel Freddie Mercury in an unbelievable rendition of Queen’s “Somebody to Love.”

Dylan, who is from Exton, Pennsylvania, played the piano and sang during his performance of the classic Queen track for “AGT” judges Simon Cowell, Sofia Vergara, Heidi Klum and Howie Mandel and host Terry Crews.

It only took until the very first high note in the song (around the 1:10 mark) for the audience to begin to cheer as Zangwill’s Mercury-like energy became apparent. 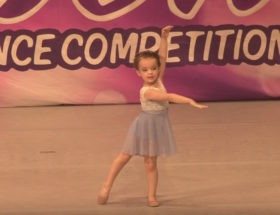