Henri Herbert is a pianist, songwriter, bandleader and recording artist whose music encompasses Boogie Woogie, Blues and Rock n Roll. Born in Harfleur in France, he grew up in Clacton-on-Sea, Essex, and studied the blues and boogie piano from a young age. He tours all over the world, and has been referred to as among the best and most sought after of all the contemporary Blues and Boogie-woogie Pianists. As well as performing as a soloist, he has worked with Bryan Adams, Isabella Summers, Jim Sclavunos and Slim Jim Phantom.

From 2011 he was the keyboardist of UK band The Jim Jones Revue until the band ended in 2014. As a member of The Jim Jones Revue, he appeared on the Late Show with David Letterman (CBS-TV) on 7 September 2011. Herbert is notable because of the extremely high number of online plays attained by his original compositions. In 2013, a video of Herbert performing his original composition “Henri’s Boogie”, was uploaded to Youtube and has since gone viral with over 27 million plays. Another video of his original composition “Gettin On Down”, has been played over 50 million times. He currently resides in Austin, Texas, where he performs and records regularly, as well as frequently touring Europe. 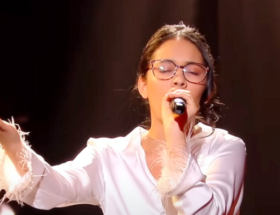