Skip to Content
Home Interesting The power of newborn baby. Get acquainted with your newborn’s reflexes… 🎥VIDEO 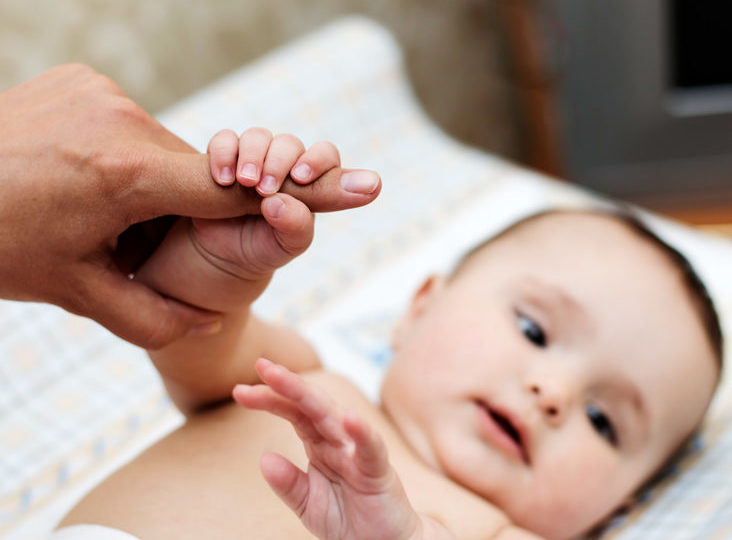 Reflexes are involuntary movements or actions. Some movements are spontaneous and occur as part of a child’s normal activity. Others are responses to certain actions. Medical professionals test reflexes to determine if the brain and nervous system are working well. Some reflexes occur only at certain periods of development. The following are some of the normal reflexes seen in newborns: The rooting reflex. This reflex is triggered by stroking or touching the corner of the child’s mouth. The baby will turn its head and open its mouth to follow and dig in the direction of the stroke. This helps the baby find the breast or bottle to begin feeding. This reflex lasts about 4 months.

Sucking reflex. Rooting helps the baby prepare for suckling. When a child touches the palate, he begins to suck. This reflex does not start until about the 32nd week of pregnancy and does not fully develop until about the 36th week. Because of this, premature babies may have a weak or immature sucking ability. Because babies also have a hand-to-mouth reflex with rooting and sucking, they may suck on fingers or hands.

Moro reflex. The Moro reflex is often referred to as the startle reflex. This is because it usually happens when a child is startled by a loud sound or movement. In response to the sound, the baby throws back his head, stretches his arms and legs, cries, then pulls his arms and legs back. The child’s own cry may frighten him or her and trigger this reflex. This reflex lasts until the baby is about 2 months old. Tonic neck reflex. When the baby’s head turns to one side, the arm on that side is extended and the opposite arm is bent at the elbow. This is often referred to as the fencing position. This reflex persists until the child is 5–7 months old. 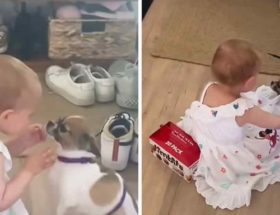 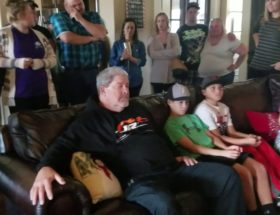 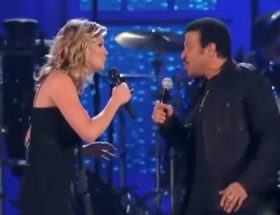