Skip to Content
Home Interesting The cutest 2 years old baby drummer is the youngest contestant on Got Talent!!! One of the youngest Got Talent contestants ever is Hugo Molina, the adorable two-year-old drummer who wowed the judges with his percussion skills on Spain’s Got Talent in 2019. Fans of America’s Got Talent are no stranger to cute kids showing off impressive talent. But we’ve never seen a kid as young as Hugo win the entire competition. That’s what ended up happening at the end of the season.

Hugo’s dad carried him onto the Spain’s Got Talent stage. He had drumsticks in his hands as he introduced himself to the judges. His dad set him down and knelt beside him while he played his drum to a Semana Santa, an Easter week fiesta parade march. The judges and audience were clearly impressed from the very start, but as Hugo’s performance became more complex, they were totally amazed. The crowd and the judges gave Hugo a standing ovation at the end of his routine. 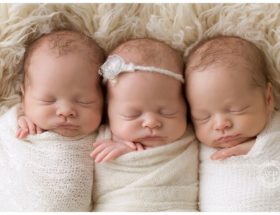