Skip to Content
Home Interesting Rion Paige inspires the judges with her performance of Carrie Underwood’s “Blown Away”!!! Rion Paige Thompson is an American country singer from Jacksonville, Florida who finished in 5th place on season 3 of the X Factor USA. She was a part of the Girls catagory, mentored by Demi Lovato. Rion auditioned for the show in Charleston, South Carolina, impressing the judges with her cheerful and spunky attitude. She then wowed them with her rendition of the Carrie Underwood hit “Blown Away”. She got four yeses and made the top 40 with Demi Lovato as her mentor.

For Big Band night, Rion dedicated her rendition of the 1983 John Anderson song “Swingin'”, which has been covered by both Lee Ann Rimes and Chris Young, to her mom. Performance-wise, Rion mixed it up, moving around as opposed to standing in front of a microphone like she normally does. The judges loved it with Simon Cowell even calling it the perfect song for her and calling her “cute as a cupcake”. She then went up against the other 7 acts in a face-off. However, Rion ended up in the bottom 2 with Josh Levi. Due to the judges sending the vote into deadlock, Rion received the most votes by the public and moved on to the next week. 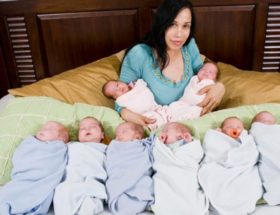