Peter Hollens has a fantastic voice and true talent as an arranger, and he continues to amaze with each performance. His broad range and vocal tone allow him to succeed as a one-man band, singing a capella versions of many songs.

Peter covers the hit song from ‘Pentatonix’ called ‘Run to You.’ He sings every part with perfection, showing off his remarkable range. Peter can do it all, from the lowest bass to the highest soprano!

Peter appears in the performance with different tints on his face to represent individual voice parts. Using primary colors including blue, red, green, yellow, and natural-tinted, Peter Hollens creates a piece of art. It is quite beautiful, and it matches the music perfectly.

Pentatonix is an American a cappella group that produces pop-style arrangements with complicated vocal harmonies. The group also mixes in cool basslines, percussion, and beatboxing. After winning the 3rd season of NBC’s ‘The Sing-Off, they rose to fame.’

Over a billion views have proven that Peter Hollens is a vocal superstar! He is constantly producing new performances and arrangements that resonate with his followers. His ‘patrons’ have supported him over the years, and they typically request many songs from him.

In this arrangement of the ‘Pentatonix’ song, Peter blends his voices together wonderfully. His artistic use of colors and emotional song delivery make this one of his most moving renditions.

Peter continues to build his fan base by connecting with others who love a cappella music. His success isn’t an internet fad. People genuinely appreciate his incredible talent and dedication to music. 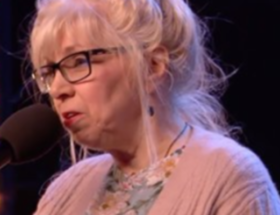 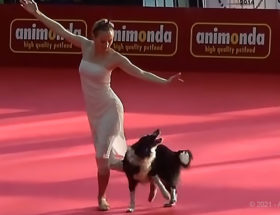