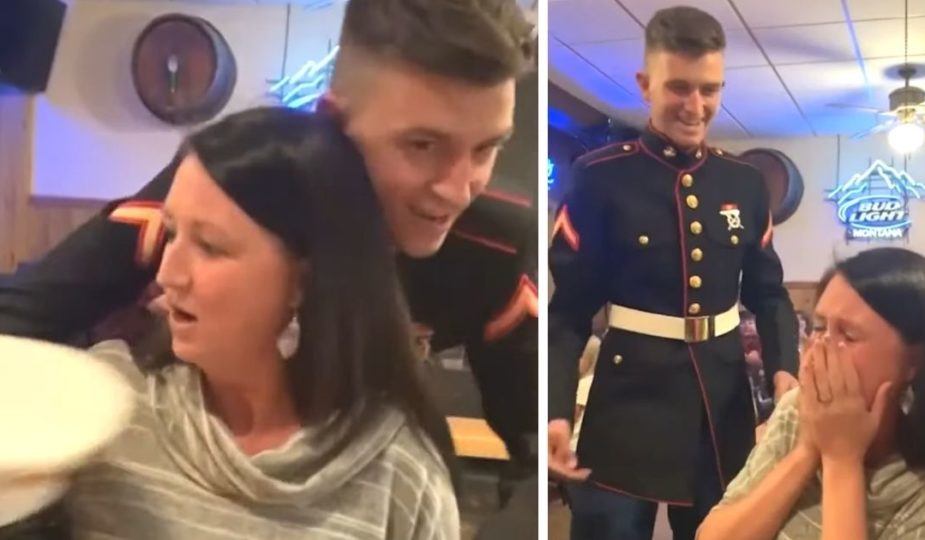 Military deployments are tough for everyone involved. While loved ones are busy fighting battles abroad, the family is struggling with emotional ones at home.

There is no greater bond than the bond between a mother and child and who can imagine what a mom goes through when her darling son is deployed and away from her for months together.

One mother whose Marine Corps son was serving the country and a way for the last 9 months got the shock of her life when he surprised her while she was dining out at a restaurant.

Nine months is a really long time to be away from the family, and that’s why we have so much respect for our servicemen and women who sacrifice precious time with their families so that we can live in peace and security.

The Marine Corps son was due to return in January but came home early and decided to surprise his mother at a local restaurant.

The mother initially looked stunned but broke down in happy tears when she realized her son was standing behind her.

We are sure that this footage must have brought tears to your eyes as well because military homecoming videos are so emotional for everybody. 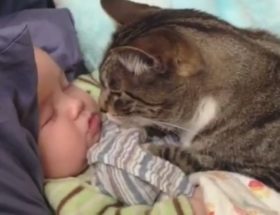 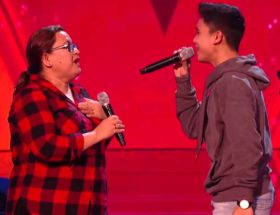