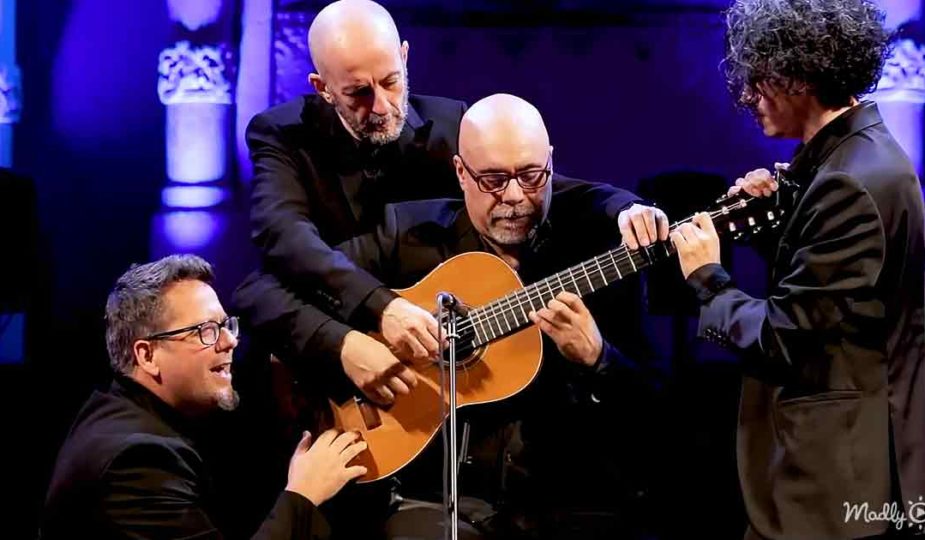 The video begins pointed toward the stage, where one man sits, and three men stand. The odd thing? There’s only a single guitar! One man kneels down at the end of the guitar and reaches toward the strings.

The man holding the guitar slaps his hand away, drawing laughter from the crowd. The kneeling fellow gives a smile to the audience and a “what” gesture at the other man. Then, the actual performance begins.

The kneeling man begins to whack and tap on the guitar’s body, providing a steady beat that is soon accompanied by the familiar bass line. As one man provides the “drums” and another plays “bass,” the third fingers the “synth” line before the melody begins.

Now, all four men are playing the guitar (in one form or another), and the familiar melody of “Billy Jean” rings free. The arrangement is impressive, combining finger picking with hand percussion.

They play their way through the verse and move on the bridge, perfectly in sync with one another. Even though the chorus and interlude, every part can be heard clearly.

The group continues playing, adding a bit of flair to the riffs as the song progresses. All too soon, the show comes to an end. They receive well-deserved applause from the audience as they all take a bow.

It must have taken a considerable amount of practice to perfect this arrangement. This performance isn’t very long, but it’s definitely worth watching. If you’re a guitar player, a Michael Jackson fan, or a music lover in general, you’re sure to be impressed by this fantastic performance! 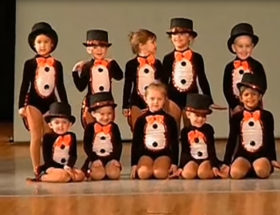 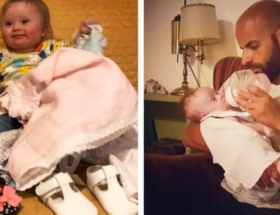 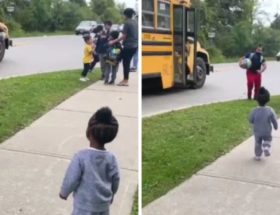