A music teacher was able to understand and foster the talent in one of her students at Wilmeth Elementary School in McKinney, Texas.

Stacy Caldwell knew that Alijah was an exceptional drummer and wanted him to exceed after hearing his story. The talented young boy had lost his drum kit in a devastating house fire and was using a paint bucket to play.

The young boy who learned to play the drums on his own used to have a drum kit at home a few years ago, but that set was destroyed in a house fire, and his family couldn’t replace it.

Stacy was so moved by Alijah’s story, that she made a video of Alijah playing the bucket drums and uploaded it on her Facebook page.

“We started bucket drumming today & after reviewing simple, four-beat rhythm patterns,” Stacy wrote. “This new friend to Wilmeth asked if he could play something. Says he’s never had drum lessons & lost his drum set in a house fire two years ago. I’m on a mission to find this boy a drum set! Please let me know if you have one you want to get rid of! Looks like I need to raise my game!”

The community responded in an amazing way, with some wanting to donate unused drums and other musical items to the boy, and in less than a week Stacy had everything needed for Alijah to sharpen his skills. So when Stacey decided to reveal the surprise she had in store for him, his priceless reaction was captured on video for her to share on social media.

Stacy told Alijah, “Last week in music class we played bucket drums, and I asked you to play something, and you really surprised me, and I realized that you have a great talent,” she said.

She continued telling the talented boy, “One thing I’ve noticed about you, not just that you’re very talented, but also, you’re very kind,” she continued. “Every time I see you in the hall you’ve got a smile on your face. You’re very humble, and I was very impressed by that, as much as your talent.”

These encouraging words by Stacy brought great happiness to Alijah, but his teacher isn’t finished yet. She goes right ahead and pulls the covers off the drum kit that was donated by another school nearby. He looks completely blown away by this surprise but wait there’s more!

Stacy tells him he’s getting an electronic drum set, music books, and other drum-related things too. “We all believe in you and want you to have the tools you need to be successful,” Stacy told Alijah and asked him to play something.

How encouraging and uplifting it must have been for Alijah when his teacher told him that she believes in him and that others too are pulling for him. May we also help uplift people with our selfless acts just like this Texas music teacher did for her student. 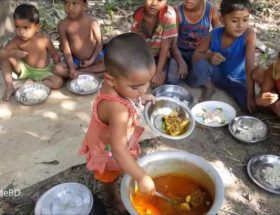 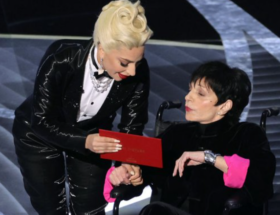