Amanda Louise Holden is a British actress and TV presenter. Holden’s first television appearance was as a contestant on the Blind Date game show in 1991. From 2006 to 2008, Holden appeared as Sarah Trevanian in three episodes of the ITV series Wild at Heart, starring Stephen Tompkinson. Holden’s other television credits include three episodes of the comedy Kiss Me Kate with Caroline Quentin and Chris Langham, three episodes of ITV’s Grimley, Celeb with Harry Enfield, the BBC Hearts and Bones series with Damian Lewis, an episode of Jonathan Shout “Problem on the gallows.” Gates” and Agatha Christie Marple’s Boxing Day special “4.50 From Paddington” with Geraldine McEwan and John Hannah. She co-starred with Bill Nighy and Tom Courtenay in Jack Rosenthal’s comedy-drama When You’re Ready, Mr. McGill. Holden is a judge on Britain’s Got Talent along with Simon Cowell, David Walliams and Alyosha Dixon. She joined the show in 2006.

She has appeared on British TV series such as Smack the Pony, EastEnders, Hearts and Bones and Cutting It. In 2009, Holden appeared as Lizzie, the Mistress of the Ring, in the BBC circus sitcom Big Top. In April 2009, it was reported that the American network CBS had offered Holden a job as a one-time guest host on the daytime talk show The Early Show. On June 1, 2009, she appeared with regular hosts Harry Smith and Maggie Rodriguez. Holden has since signed to CBS as the UK correspondent for The Early Show. 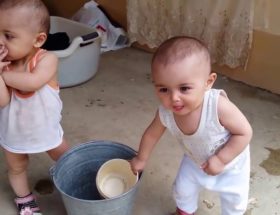