TLC’s reality show OutDaughtered is so interesting for obvious reasons. The show not only follows parents Adam and Danielle Busby raising their six daughters and depicts real-life struggles and successes, but also documents the rise of the super-adorable Busby daughters. The quintuplets are the only female quintuplets in the United States, which makes their journey all the more special. And looking at photos of the five Busbys then and now, you can really tell how much they’ve grown since the show first aired.

The Busby quintuplets are only 3 years old, according to Country Living. Five daughters – Hazel, Riley, Parker, Olivia and Ava – were born on April 8, 2015 at the age of only 28 weeks. But a lot has happened since then. In 2016, TLC aired the first episode of the reality show OutDaughtered, which documented the birth of five girls. And since then, fans have followed the girls (and their older sister, 7-year-old Blake, according to Country Living), doing everything from celebrating the holidays to getting their first haircut and going to preschool.

With so much happening over the last three seasons of the show, it’s only fitting that people want to see physical evidence of how far the quintuplets have come – and thanks to the It’s A Buzz World family Instagram account, they can. In fact, these super adorable pictures of the five Busbys just show how much they’ve grown. 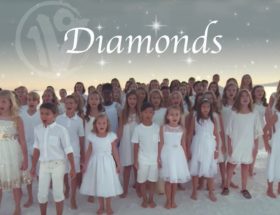