Madison Taylor Baez may be 11 years old, but she has a powerful voice that gives an accurate representation of how talented she is. The young singer impressed the jury of America’s Got Talent and proved that young performers can seriously compete with adults. The 11-year-old’s amazing performance led to her receiving her second Golden Buzzer award in Season 17 of AGT. Maddie’s impromptu performance surprised judges Simon Cowell, Howie Mandel, Heidi Klum and Sofia Vergara.

Madison Taylor Baez has always dreamed of being in AGT since she was 4 years old and she made her dream come true in season 17. However, she never expected her dream to come true in this way. When she participated in the auditions, the AGT team decided to let her sit with the audience. They gave her the opportunity to perform backstage at a talent show. However, no one expected the powerful performance of the little girl.

Sitting in the audience, one of the gentlemen sang a jazz version of “When the Saints Go Marching In” before the show’s comedian handed the microphone to Madison. The talented singer then stunned everyone with an a cappella version of “Amazing Grace”. 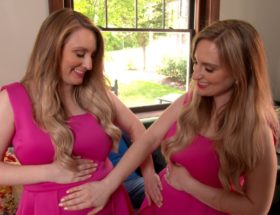 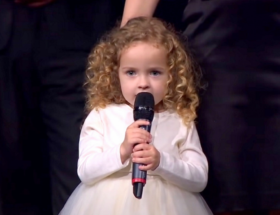 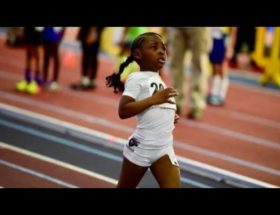